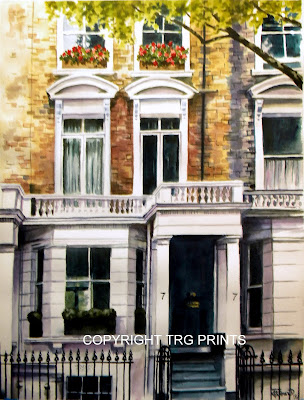 This is the second commissioned flat (London apartment) I've done this summer - the two families knew each other and both wanted a memory of their time in Britain, since they both moved to Dallas. A fun deal was that when Julie and I were in London (with Mark and Carolyn), the bus we were on leaving the city drove down this street! The iron railings were different in each set of row houses, too. This piece is also 16 X 21, on 180 lb Arches.