The Tower of London and the Tower Bridge...

On the Tower Bridge...over the Thames. Unreal.

"Tuppence the bag..." Only no pigeons in sight.

Outside of Bristol Cathedral.

Inside of Bristol Cathedral...

Looking for someone we knew in the churchyard...didn't find any relatives or even friends.

This is a piece of tram (rail) that was blown into the lawn of St. Mary Redcliff by an bomb during the Blitz (1942).

Possibly the lamp post that inspired Lewis...because right behind it...

Mark's college in Oxford - we are so proud!

Why can't I take it home? It might fit in the overhead...please?!

Since we spent a lot of time on trains, this is my artsy shot of one. 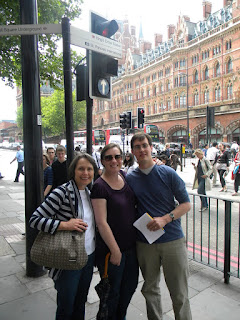 Arriving in London - greeted by Carolyn and Mark 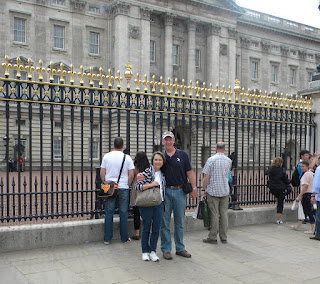 Waiting for the Queen, outside of Buckingham - she didn't show. 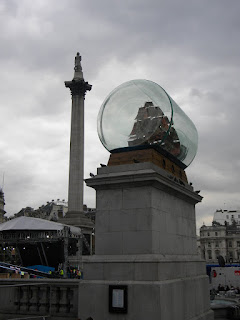 Trafalgar Square - with Lord Nelson perched high, and a large ship in a bottle...really. 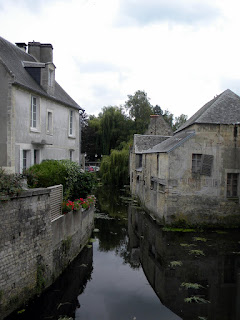 A picturesque scene in France, on the way to Normandy. (Might have to do a painting...) 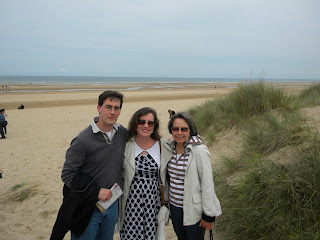 On Omaha Beach - very moving and sobering to be there in person, after teaching about it for 25 years. The cliffs (now covered with vegetation) the Rangers had to climb, under fire. 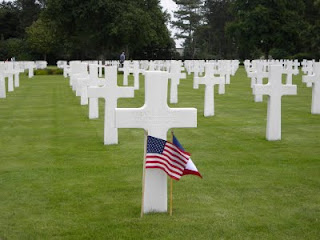 This says it all. 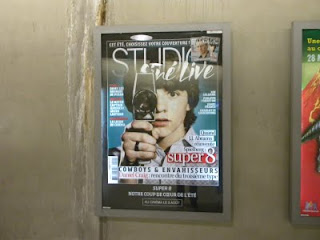 We were going through the subways of Paris and saw this poster (Joel is a student at Logos, for those who don't know.) 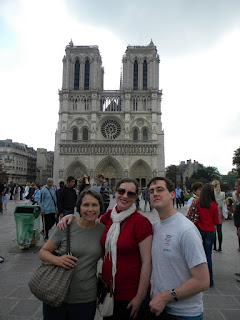 A quick walk around Paris between trains - kind of a famous church... 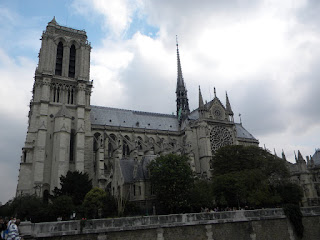 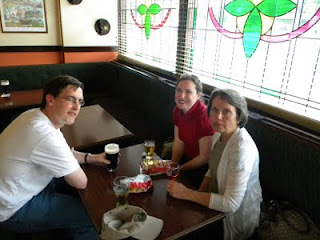 Back in London and our first pub experience... 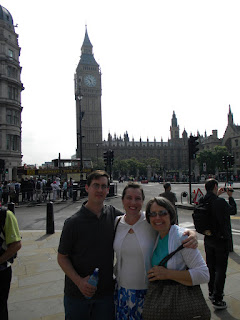 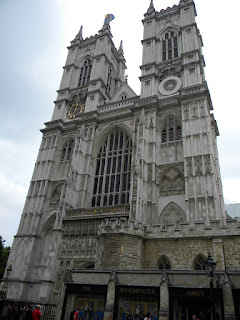 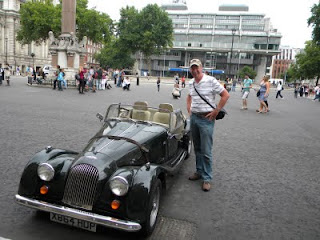 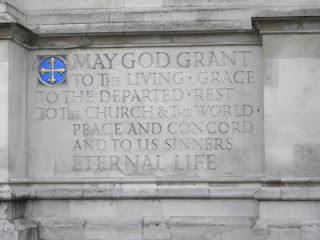 This is on the botton left front of Westminster - they borrowed the Logos School logo! 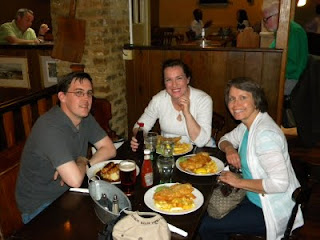 Fish and chips, of course (Mark doesn't care for fish...) 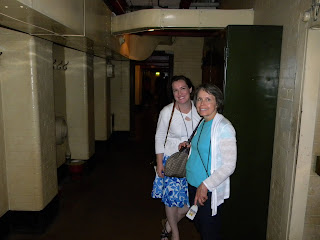 In Churchill's War Rooms, underneath White Hall. All as they were left (largely) after May 8, 1945. 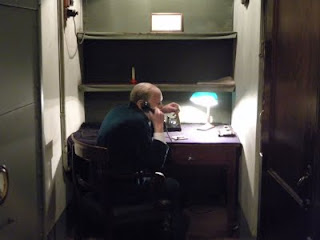 Churchill on the 'hot line' to FDR. Ok, a pretty good wax likeness... 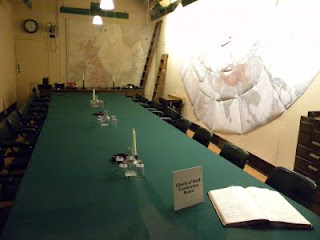 The map room - there was even a doodle of Hitler someone had sketched... 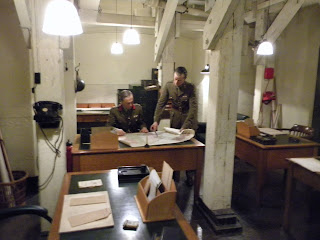